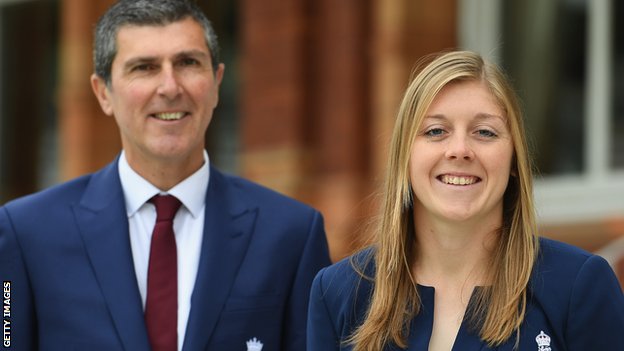 England coach Mark Robinson says he was targeted for abuse on social media after deciding to replace Charlotte Edwards as captain.

Robinson said social media abuse was "part of the territory" and it was "no surprise" the decision to drop Edwards, 36, led to a "backlash".

But he added to BBC Sport: "It's tough for your daughter to read some things from cowards on social media."

Speaking at the unveiling of Heather Knight as the new England captain, Robinson said he understood why the decision to replace Edwards provoked such a strong reaction.

"The easy thing was probably to do nothing because you're going to get a lot of flak - as I have done - for the decision that you've made," explained Robinson.

"You'd search the breadth of the earth to find those type of players [like Edwards] who are as driven and successful.

"But nothing lasts forever so it's no surprise when somebody who is well loved and well thought of finishes and there is a backlash."