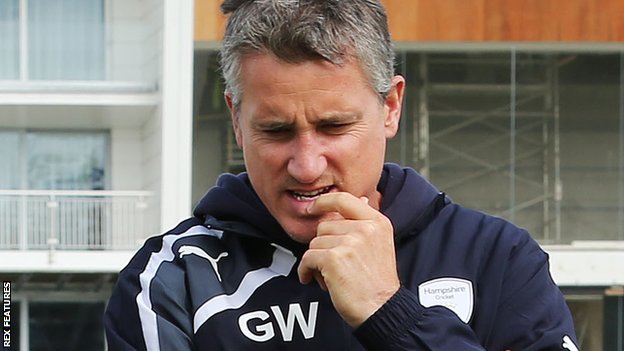 Hampshire director of cricket Giles White admits the county's chances of reaching the T20 Blast quarter-finals are "a long way off".

Somerset inflicted a fifth defeat in seven South Group matches on Hampshire on Sunday, a performance White described as "flat".

"We've got to try to find a formula that works well for us and holds us in good stead going forward," he said.

"We just haven't been able to get partnerships together in this tournament and we've suffered because of that," White told BBC Radio Solent.

"We're still losing wickets early in our innings and it's difficult to put a finger on why.

"It's disappointing as we're really proud of our T20 cricket and it hasn't clicked up to now. We've got to turn up to each game from here and put in performances."