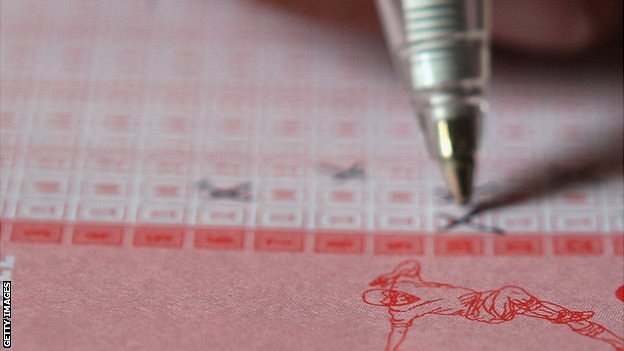 Gambling on football is a huge and growing global industry worth billions of pounds per year.

While having a flutter at the bookies has long been associated with horse racing, the growth of online betting could see football challenge that position in Britain.

However, betting on football is now a worldwide phenomenon with much of the trading carried out on illegal markets in Asia, where the huge sums wagered bring with it the threat of match-fixing.

Here we look at the rise in betting, the risks of corruption and the history of cheating in the sport.

How much is the sports betting industry worth?

"The current estimations, which include both the illegal markets and the legal markets, suggest the sports match-betting industry is worth anywhere between $700bn and $1tn (£435bn to £625bn) a year," says Darren Small, director of integrity at betting and sports data analysts Sportradar.

About 70% of that trade has been estimated to come from trading on football.

Sportradar has contracts to monitor betting on some 55,000 matches a year, running algorithms which cover 350 global bookmakers, to spot suspicious betting patterns. Concerns are raised with about 1% of fixtures monitored.

"It doesn't sound a great deal but it is still 500 or so matches that are potentially fixed and we are talking potentially millions of pounds in turnover on these matches which is running through criminal activities," says Small.

International crime investigation body Interpol says its Operation Soga has carried out more than 2,300 raids on properties worldwide as part of its drive to disrupt match fixers.

What are people betting on?

While betting in Asia is usually restricted to a limited range, the array of options in Europe are far more than the traditional straightforward choices of win, lose or draw.

Licensed bookies offer upwards of 200 different markets on matches around the globe.

You can bet on the first and last goalscorer, the correct score, the half-time score, number of goals, whether there will be a sending-off, a hat-trick, penalty or the amount of corners.

Some markets are time specific - offering odds on whether there might be a goal, card, corner or penalty in the first five minutes of the match, for example. 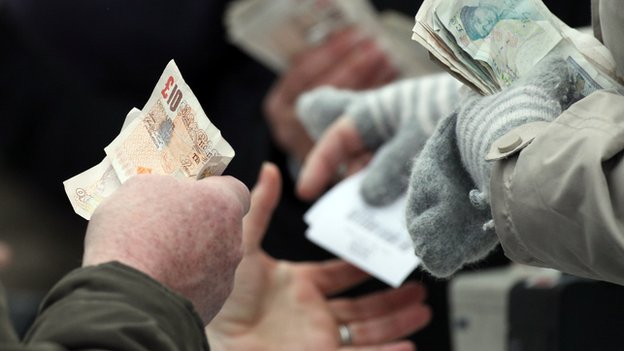 Is betting on football a new phenomenon?

The Football Pools started 90 years ago this year. Within months, hundreds of thousands of fans were filling in weekly coupons, attempting to predict Saturday afternoon's results in the hope of winning cash prizes.

More than £3.2bn in winnings has been paid to 61m people over the years and more than 500,000 people still play the pools each week.

What has changed in recent years?

The growth of the internet and mobile devices with quick access to odds has made betting generally much more accessible.

Satellite television channels and increased coverage of live football matches around the world has increased interest and opportunity.

With it has come the widespread use of "in-running" betting, where punters can stake money on the action as it happens - for example, who will score the next goal, with odds fluctuating on the pattern of play.

Online football betting has mushroomed since it first became significant before the 1998 World Cup and Euro 2000.

What is illegal betting?

There is a ban on sports betting in some countries, while elsewhere illegal betting syndicates offer better odds, making the potential winnings more attractive.

Laws vary in different countries. In Singapore, for example, it is legal to place a wager on a football match at a "pools store", but online sports betting is banned.

Aside from the concerns over match-fixing, there are other financial issues associated with illegal betting, including transactions that are unaccounted for and cost governments hundreds of millions in lost tax revenue, while they also damage the profits of legal bookmakers.

Gamblers take their own risks. With no records of bets, the arrangement is based on mutual trust.

Is football match-fixing a new issue?

Incidents involving British footballers are relatively isolated, although betting scandals go back as far as 1915 when seven players were banned after Manchester United beat Liverpool 2-0 in a match at Old Trafford where the visitors missed a penalty.

An investigation was launched after complaints from bookmakers following a run of bets on the correct scoreline, with a goal in each half.

A series of floodlight failures affected top-flight English matches in 1997 and later saw a businessman convicted of taking part in an Asian betting scam.

The fraudster, who had links to the Chinese Triad underworld, was found guilty of plotting to black out a Charlton-Liverpool game.

Two previous matches - West Ham v Crystal Palace and Wimbledon against Arsenal - saw the floodlights fail when the scores were level, a result favourable to a Far East betting syndicate, but cases of match-fixing in Britain are relatively rare. 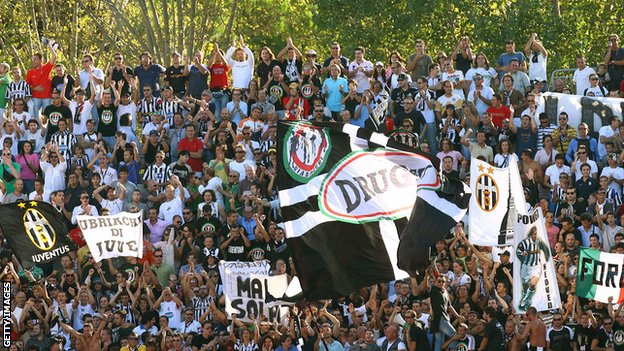 In 2006, Italian sides Juventus, Fiorentina and Lazio were relegated for their involvement in a match-fixing scandal - although after appeals, only Juve were actually demoted.

Earlier this year, 58 Chinese football officials were given match-fixing bans and last month police in Singapore arrested 14 people said to be part of a crime gang involved in global football match-fixing.

There have also been cases of cheating in Malaysia and South Korea while last month six people - including four Britons - were charged with betting-related corruption in Australia.

What are the authorities doing to tackle match-fixing?

In February this year, the European Union's law enforcement agency Europol said it was investigating the fixing of 680 matches across the world - in Europe, Asia and South America.

A Europol statement said the conspiracy originated in Asia and involved at least 425 individuals - including match referees, club officials, players and members of organised criminal gangs.

It also said that, in Germany-based matches alone, criminals wagered £13.8m (16m euros) on rigged matches and made £6.9m in profits.

Three months later Michel Platini, president of European football's governing body Uefa, called for the establishment of a European sports police force to deal with match-fixing, hooliganism and doping - something he had first suggested in 2007.

How hard is it to fix a football match?

With 22 players on the pitch, substitutes and managers, it would appear on the surface that several people would need to be in on the scam.

However, mistakes in key positions can sometimes be enough to land a gamble.

Reckless tackles leading to penalties, a flawed goalkeeping performance or deliberate own goals have been noted in suspect matches.

Referees can also be targeted as demonstrated by bans handed down by Fifa following matches between Latvia and Bolivia, and Estonia and Bulgaria, in 2011.

The games, which took place as a double-header in Turkey and only attracted about 100 spectators, produced seven goals - all scored from penalties.

He also asked that if a continent-wide police force was not possible, individual countries could introduce legislation to punish those guilty of corruption.

Meanwhile, in 2011 Interpol and football's governing body Fifa announced a 10-year joint initiative aimed at educating people about the risks with workshops, conferences and online tutorials.

Fifpro, the worldwide professional footballers' union, last year launched Don't Fix It, a prevention and education programme aimed at raising awareness of the dangers of match-fixing and reducing conditions that lead to it occurring.

Dr Andy Harvey of Birkbeck, University of London, is carrying out research for the Don't Fix It programme. He said: "In many cases the players are the victims of match-fixing rather than just the perpetrators of it.

"This very often happens because the players are vulnerable. The European bodies, particularly Uefa, have to get to grips with governances at a national level and make sure that clubs are owned by fit and proper people."