Garth Crooks' team of the week: 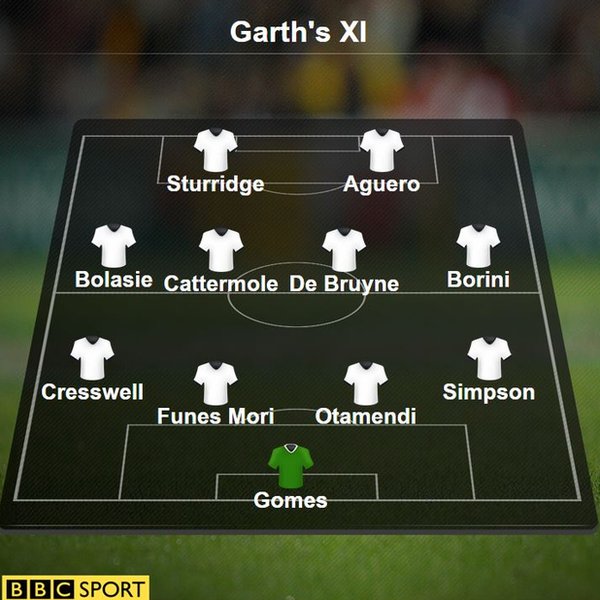 It seemed as if Leicester City were going to stumble but they remain on course to secure what would be an astonishing league title thanks to a late 2-2 draw against West Ham.

Mathematically it is still possible for Arsenal to win the title, but after missing the chance to go third with a disappointing draw against Crystal Palace, the heat is on for them to secure a Champions League spot.

At the other end of the table, Aston Villa were relegated but there were victories for Newcastle and Sunderland, which sets us up for an almighty relegation scrap.

Here are my selections for this week: 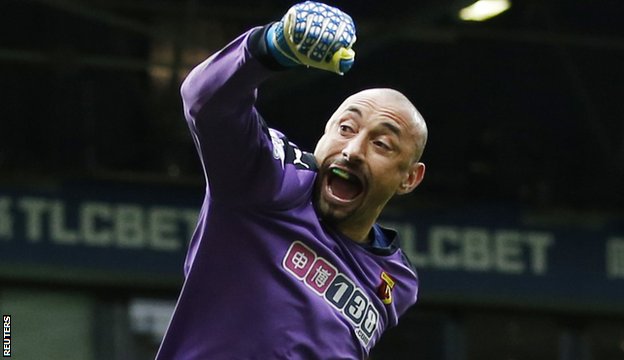 Of goalkeepers to have faced 20-plus penalties in the Premier League, Gomes (32.0%) has the best save percentage, just ahead of David Seaman (31.8%).

To save one penalty in a game is an achievement but to save two is phenomenal. Gomes could have no complaints when he was judged to have brought down Saido Berahino. Unfortunately for Albion, the West Brom striker's penalty wasn't convincing and was saved.

However, what was much more convincing was Gomes' second penalty save from the same player. I wasn't sure whether Berahino's bravado had got the better of him and, if so, one of Albion's senior players should have spotted it and saved him from himself.

Baggies manager Tony Pulis was bullish in his post-match interview when he stated that the incident will make his striker even stronger and better prepare him for the next penalty. Well, Pulis should think long and hard about that one. It's fine to show a public face in order to keep the precocious Berahino onside, but if you persevere with such attitudes it might cost your team even more points. 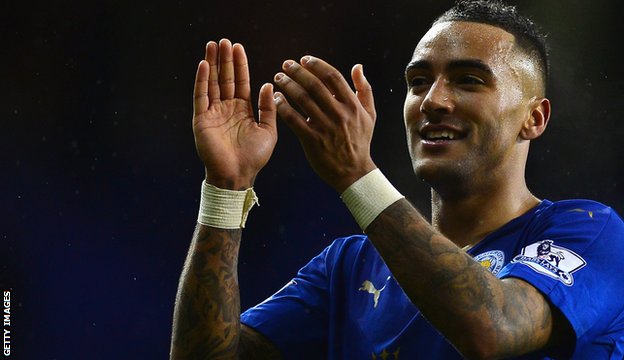 Simpson made three interceptions in the match, two more than any other Leicester player

His post-match interview told you all you needed to know about Leicester City's resilience and determination. When asked did he think Leicester had lost this match with only seconds to play before their equaliser, Simpson made his feelings clear in no uncertain terms.

His refusal to accept defeat was as emphatic as his performance. The honest truth is the full-back played for a number of clubs before he found his true home at Leicester, and none of them ever presented him with he chance of being a regular in a title-winning side. Leicester are on the verge of making history, and so is Simpson. 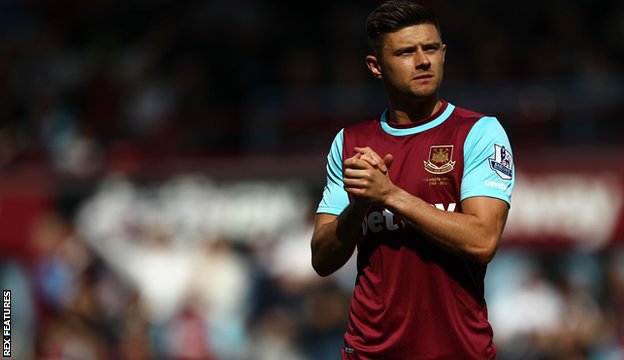 He has a left foot to die for. West Ham's second goal was set up by their right-back and finished by the left-back.

The turning point in this pulsating affair was without doubt when referee Jonathan Moss decided to award West Ham a penalty kick. In reality, the referee could have awarded any number of penalties in this game, given how much of a battleground the penalty boxes were at either end.

However, no one could dispute that Cresswell's sensational strike was worthy of winning any game - only Leicester had other ideas. The way Cresswell is playing at the moment, shouldn't we be talking about him making the England squad for Euro 2016? 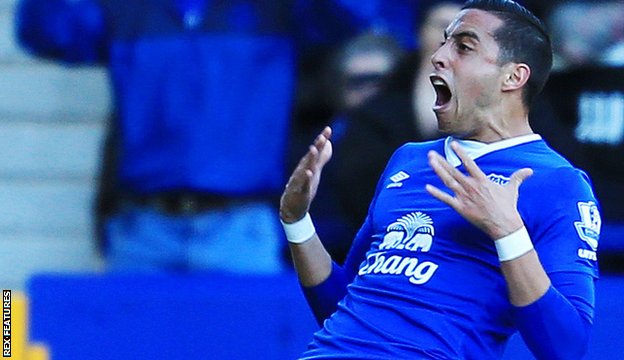 Ramiro Funes Mori has scored four times in the Premier League this season. The only defender with more goals is Crystal Palace's Scott Dann (five)

What an intervention by Ramiro Funes Mori to stop an almost certain goal by a Southampton side who looked to have Everton on the ropes at the time. The Argentine centre-back was superb throughout this game, but seemed to be buoyed by his 68th-minute goal.

The sheer emotion etched on his face provided a glimpse of what his goal meant to him. Not only that, it seemed to boost his overall performance in an Everton side who are still far from convincing in front of their home crowd.

If Everton fans insist that money can't buy John Stones, they may also want to consider what it might take to keep Funes Mori at Goodison Park. 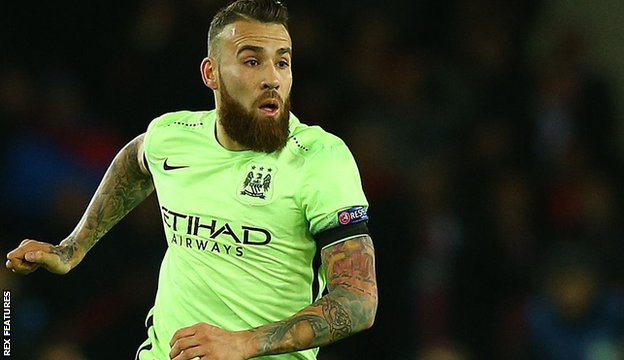 Otamendi made nine clearances and nine interceptions for Man City in their win over Chelsea, more than any player on the pitch

This lad has come on leaps and bound in the absence of injured Manchester City captain Vincent Kompany. Otamendi has had to adjust very quickly and been the one constant feature in the heart of City's back four.

However, such was City's convincing victory over Chelsea, the defensive performance of Otamendi and Eliaquim Mangala almost went unnoticed.

Otamendi, in particular, was like a rock against the Blues and currently looks like the perfect partner for Kompany when he returns. However, should the captain's recovery take longer than expected, manager Manuel Pellegrini should take some comfort from the fact that Kompany's enforced absence has given Otamendi and Mangala an opportunity to fine-tune their partnership before they meet Real Madrid in the Champions League semi-finals later this month. 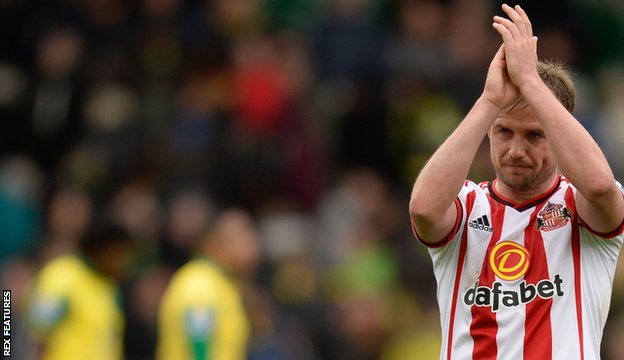 The push into the advertising boards by Robbie Brady on DeAndre Yedlin was bad enough, but it was the reaction of Norwich's players that followed which left me breathless.

Quite apart from the push being cowardly, it was dangerous. Black Cats manager Sam Allardyce was having none of it and stood up against a barrage of Norwich players, which seemed to galvanise his team. And then enter Lee Cattermole, who seemed to take on his manager's mantle and played like a man possessed.

If he wasn't diving into tackles, he was heading and kicking balls off the line. I counted three goalline clearances, not to mention his all-round effectiveness and determination. 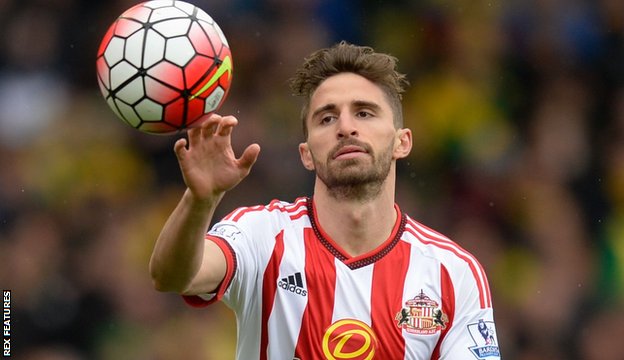 I love striking partnerships and I know Big Sam tends to be more cautious away from home, but Fabio Borini and Jermain Defoe's performance at Carrow Road may be the start of a beautiful friendship.

It was Borini who set up the move which led to the penalty with a glorious first-time ball to Defoe before racing 60 yards to receive the return pass.

I don't know what the fuss was all about. The tackle by Andre Wisdom on Borini was a clear penalty. It was a big moment for Sunderland, but the Italian didn't give the enormity of the situation a moment's thought as he grabbed the ball and stuck it into the back of the net. Now that's nerve. 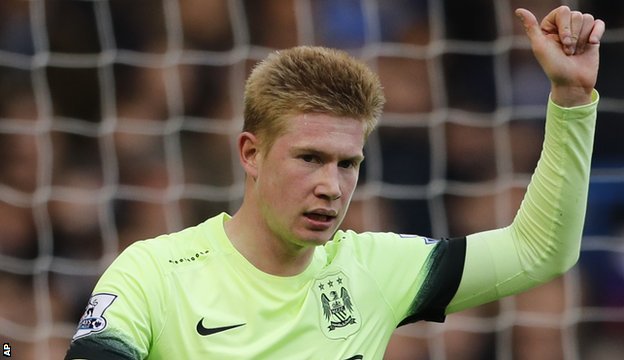 He played nine games in two years for Chelsea and cost £6.7m. He was sold for £18m by the Blues and, at the time, it seemed like sound business. But not anymore.

De Bruyne was the architect of his former team's downfall with some wonderful counter-attacking play for Manchester City.

The Belgium international is in frightening form and is worth every penny of the £55m it cost City to bring him back to the Premier League. He was the main architect in the complete and total destruction of Chelsea. 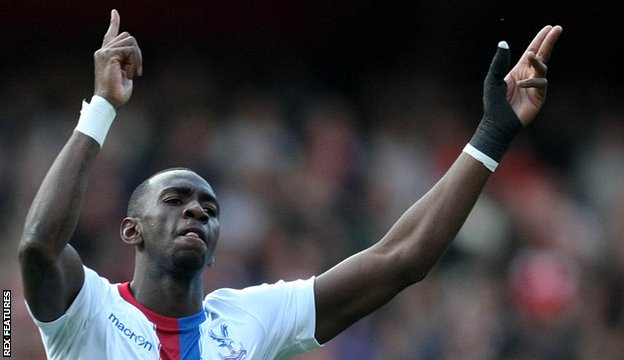 Bolasie has scored five goals this season, more than in any other Premier League campaign

It's official - Arsenal's title hopes have gone up in smoke courtesy of Yannick Bolasie's 81st-minute equaliser.

I've seen the DR Congo international destroy defences this season at Selhurst Park and, although this wasn't one of those games, he looked a constant threat against a troubled-looking Arsenal.

This well-earned point couldn't have come at a better time as they inch to Premier League safety and prepare for their FA Cup semi-final against Watford next weekend. There was something ominous about Palace's defensive performance against Arsenal and, if Bolasie is on top of his game, they will be more than a match for Watford at Wembley. 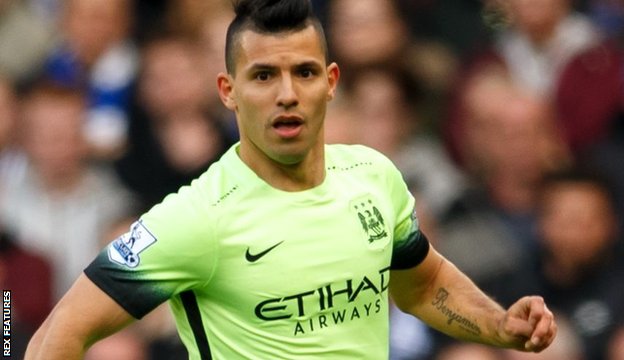 Aguero became the third player to score a hat-trick at Stamford Bridge as an opposing player, following Kanu and Robin van Persie

Manchester City should have been two goals up before Sergio Ageuro struck down the defending champions with his deadly finishing. His hat-trick was received with the usual casual shrug of the shoulders by all in the press box, as if to say, 'it's Sergio Aguero, what did you expect?'

Yet it was only when I listened to Pellegrini's press conference at Stamford Bridge, and at the Chilean's incredulity that his striker has never won the Footballer of the Year award, that I also started to question why he hasn't won it.

Already BBC pundits have selected their candidates for this year's award and not one of them has even mentioned Ageuro. All the credit seems to have gone to Leicester duo Riyad Mahrez and Jamie Vardy, or Tottenham's Harry Kane, none of whom are in the Argentine's class. How strange because that is probably the one area we all agree. 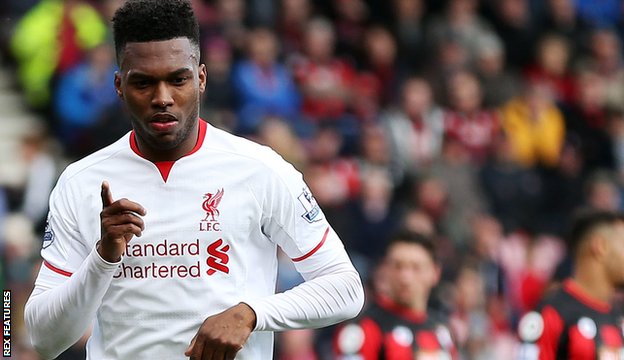 Sturridge has the best minutes-to-goals ratio of any Liverpool forward with 50-plus Premier League appearances, scoring every 117 minutes

Whatever you may think of Daniel Sturridge's general contribution to a game, you can't deny that, in the penalty area, there are few strikers better at finishing than the Liverpool man.

Against Bournemouth the England international scored one and produced a moment of magic that caught Artur Boruc so much by surprise that it took all of the goalkeeper's efforts to keep the ball from entering the net. It was the most exquisite backheel you could ever wish to see.

Sadly for Bournemouth, their defence didn't react to Boruc's save as quickly as Roberto Firmino. As for Sturridge's header, well that was just him at his best.