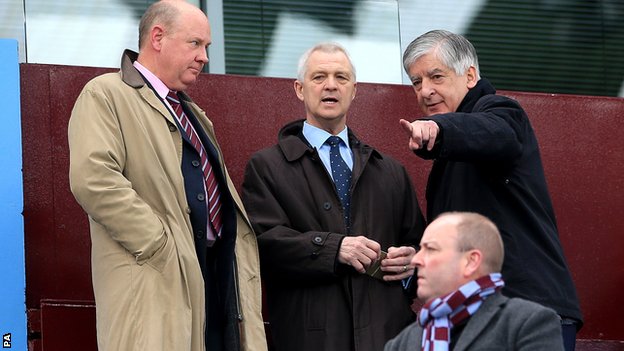 David Bernstein and Lord King resign from Aston Villa board

David Bernstein and Lord King have resigned from the Aston Villa board two days after the club were relegated.

Chairman Steve Hollis brought in life-long fan Lord King, the former Governor of the Bank of England, in February.

"The issues at the club are fundamental and the solutions are radical and do not lend themselves to compromise," Bernstein said in a resignation letter.

"Unfortunately it had proved impossible to implement the agreed structure and my position has quickly become untenable."

An Aston Villa club statement said former manager Brian Little would continue to advise chairman Hollis on "football-related matters", while a search for a new manager "remains a priority".

It added: "It is with regret that Aston Villa Football Club today announces the resignations of Mervyn King and David Bernstein as directors of the club.

"The club would like to thank both for all their efforts throughout their short time as members of the board."

Bernstein, 72, also spent five years as Manchester City chairman and said he was brought in to review the "football side of the club" at Villa. 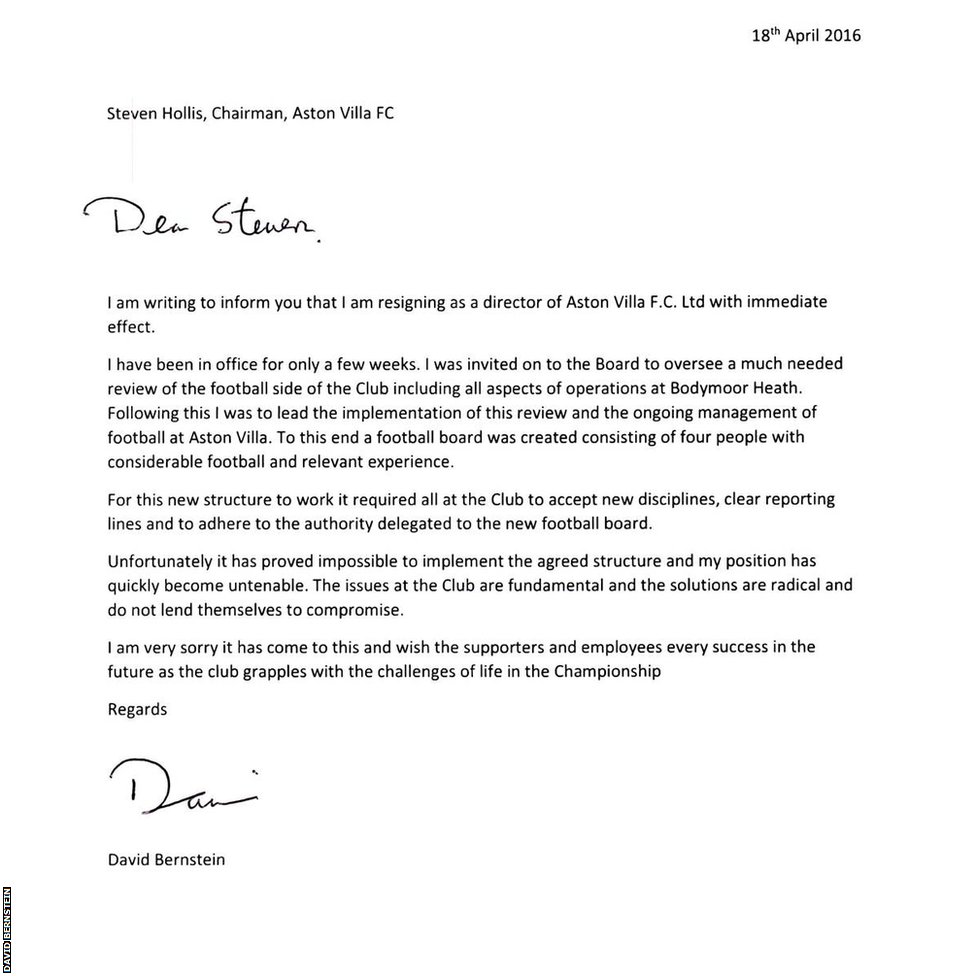