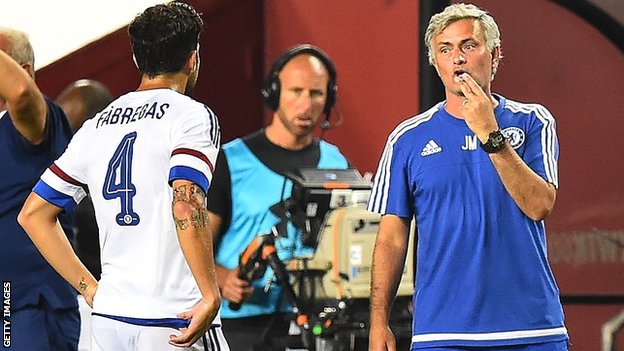 Chelsea midfielder Cesc Fabregas says Jose Mourinho failed at Stamford Bridge this season because he put "too much trust" in his squad.

Mourinho, 53, was sacked in December, with the club one point above the relegation zone, seven months after he led them to the Premier League title.

Fabregas, 28, says the players "let him down" after being given extra holiday as reward for winning the league.

"I have huge respect for him," the Spain international told Sky Sports.

"The biggest problem was he trusted us too much, gave us more holiday because we were champions and we let him down. That was the main reason he had to go - and for that, myself and the team feel bad."