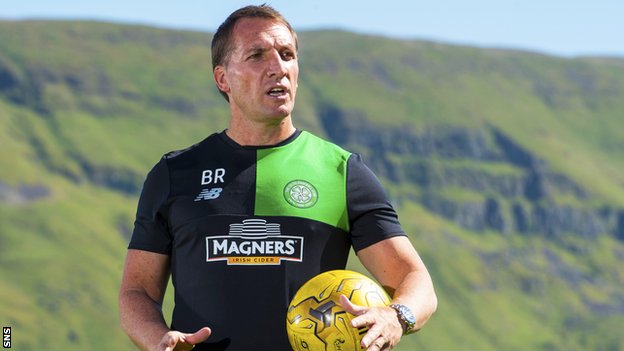 Celtic will face a trip to either Estonian side Flora Tallinn or Lincoln of Gibraltar in the Champions League second qualifying round.

The first leg, new manager Brendan Rodgers' first competitive fixture in charge, will be away on 12/13 July, with the return on 19/20 July.

Celtic have lost in the final play-off round for the past two seasons.

They will only discover their opponents on 5/6 July, once the winners of the first qualifying round tie are known.

Also involved at that stage are Welsh side The New Saints, who will face Tre Penne of San Marino.

Rodgers could have returned to his native Northern Ireland, but Irish Premiership champions Crusaders were drawn against FC Copenhagen.

He is hoping to improve on predecessor Ronny Deila's record in Europe, Celtic having failed to reach the Champions League group stages, and entering the Europa League as a result.