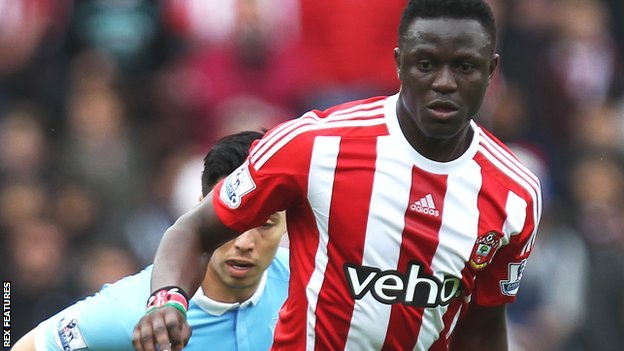 It is thought the 24-year-old Kenyan, who joined Saints for £12.5m from Celtic in July 2013, is undergoing a medical with the White Hart Lane club.

The move would reunite Wanyama with his former Saints boss Mauricio Pochettino.

Wanyama asked to leave last summer after interest from Spurs but stayed at St Mary's and helped Southampton to a sixth-placed finish.

He joined Southampton in July 2013 and made 85 league appearances, scoring four times.

If the deal goes through he will become Tottenham's first summer signing as they prepare for their return to the Champions League.

Wanyama signed for Celtic from Belgian club Germinal Beerschot for an undisclosed fee in July 2011 having moved to Europe from Kenya to join Helsingborg of Sweden in 2007.

Subscribe to the BBC Sport newsletter to get our pick of news, features and video sent to your inbox.