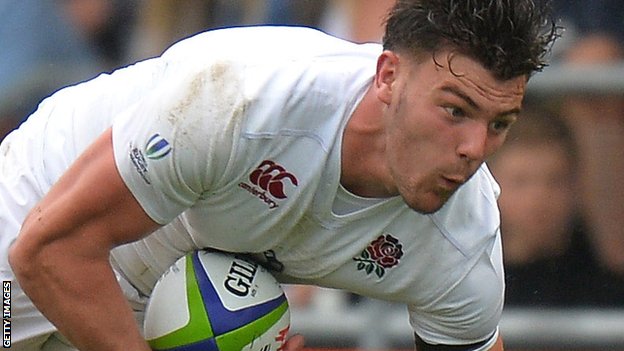 Johnny Williams admits beating southern hemisphere opposition at the World Rugby Under-20 Championship has been more of a highlight than scoring a try.

The London Irish centre, 19, has played an integral part in guiding his country to a semi-final berth in Manchester.

Williams, a try-scorer in a pool stage win against Scotland, is expected to start against South Africa on Monday.

"Beating Australia in your home country, in front of friends and family, is special," he told BBC Sport.

"We showed great resilience to pull through, especially after coming back from behind," he said.

Three wins from three games saw coach Martin Haag's side qualify as top seeds for the meeting against the Springboks. But Williams knows there is still room for improvement.

"It's going to be immensely tough against South Africa," he added. "But, we're well aware of their strengths and we know they're a physical side.

"We know we're going to have to improve to win this competition. But we're a great team and hopefully we can go on to achieve big things."

More from Sport and Rugby Union